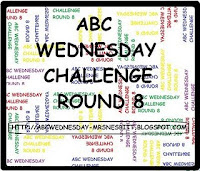 According to Wikipedia, Meme is a unit of social information which identifies ideas or beliefs transmitted from one person to another or a group to another.The term Meme was the shortened term for the word mimeme which means "something imitated". The word Meme was coined by British biologist named Richard Dawkins.

There are all sort of memes that a blogger can join, I have joined several memes. Bloggers join memes for several reasons. But as for me, I joined memes because:
I have compiled some of the memes that you may want to check out.
Monday Memes : Blue Monday , Green Monday , Moody Monday
Tuesday Memes : My World Tuesday , Tempt My Tummy Tuesday , Tuesdays at the Table
Wednesday Memes : ABC Wednesday ,  Why Do You Love Me? , Postcard Perfect
Thursday Memes: Girl Talk , Recipe Swap Thursday , I'm Lovin' It
Friday Memes: Friday Fill Ins , Pink Fridays , Food Trip Friday
Saturday Memes : Sweet Saturday , Photo Hunt , Saturday Shutter
Sunday Memes : Sunday Stealing , Our Weekend Memoirs , Getting to Know You Sunday
I am definitely sure that you would find one meme that would interest you. Who knows you may also meet a lot of blogger friends by joining memes.
Posted by Marana at 9:29 PM