It is my first time to join this meme, I have been wanting to participate but I have been quite busy. Anyways, I am not really a huge fan of any celebrity. I watch the movies not because of who is in it, but mostly it is about the plot or the story. So I am torn between choosing Julia Roberts and Jennifer Aniston. I like the way they act, and I have seen a lot of their movies too. 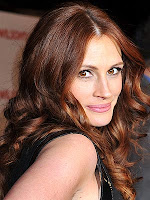 These two are not just merely pretty faces, they can act and portray different kinds of character. I guess most girls have seen the movie Pretty Woman and it contrast to Julia Robert's character in Pretty Woman is her film Erin Brockovich. 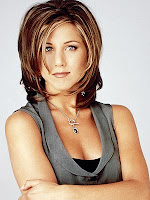 As for Jennifer Aniston, I started to like her since her "Friends" days. I like her character Rachel Green whose famous hairstyle was copied by a lot of women. My favorite Jennifer Aniston movie is "Along Came Polly"; she often portrays a very cool and fun-loving character.
Learn more what other girls have to say about their favorite celebrities at Girls Talk.